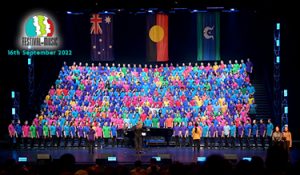 Friday September 16th, 32 of our students performed on stage at the Adelaide Festival Theatre as part of the Public Primary Schools Festival of Music.

The Primary Schools Festival of Music, an official state icon, and is custodian of an iconic South Australian tradition, we engage our students in artistic excellence, cultural diversity and social inclusion through performance in Music and the Arts.

This year the Festival’s 9 concerts feature Year 5 and 6 students. To commemorate this significant change, Annie Kwok wrote the song “Who Knows?”.

This year we commissioned Dan Walker to compose a set of four songs entitled “The Space Between Us”. It is not just about the space that exists above our heads, but the space all around us.

During the concerts there were a number of Guest Artists from public primary and secondary schools, other choir items that presented different musical genre, and two pieces that specifically showcased the talents of the orchestra.

It was a spectacular event that our students enjoyed being a part of. Thank you again to Rebecca, Jenni and Paul for supporting us all day and night! 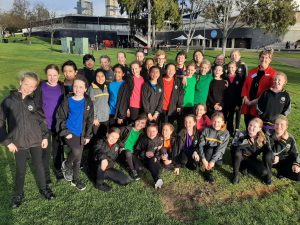