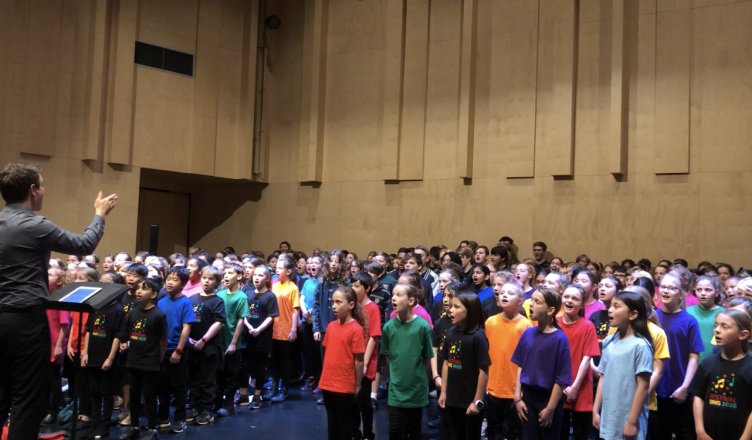 On Wednesday September 23rd our Festival Choir went to the cinema to watch Sing 2020!

It was a fabulous display of South Australian public schooling at its finest. It proudly displayed different parts of Adelaide, the hills of Stonyfell, dry plains and the CBD where there was spectacular footage of 3 grand pianos on the shores of Karrawirra Parri. We will screen this for prospective choir students for 2021 later in term 4. 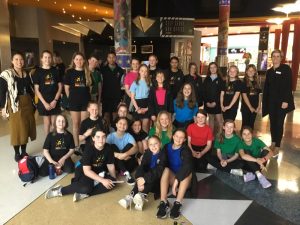 Thursday September 24th was our big day. With the Festival Theatre concert series cancelled, the Holdfast Partnership choirs teachers got together to put on a show we have named “Choirs Connect”. The schools included Paringa Park Primary, St Leonards Primary, Glenelg Primary and Brighton Primary School we made a choir of almost 200 singers. When we added Jazz Choir 1 and Boys Chamber Choir (which included some old scholars) from Brighton Secondary we had a group of over 200 voices singing together. A sound not to be missed in such a beautiful sounding concert hall. They caused many goosebumps! We were lucky enough to have each of the choir teachers conduct a song as well as a special guest conductor Luke Thompson from the Idea of North. Felicity Williams who features on the Sing! 2020 film also came and played for us.

If you have a child who attended this event a recording of the whole concert is coming your way within the week thanks to Adam.